The AFRC’s bench made the difference 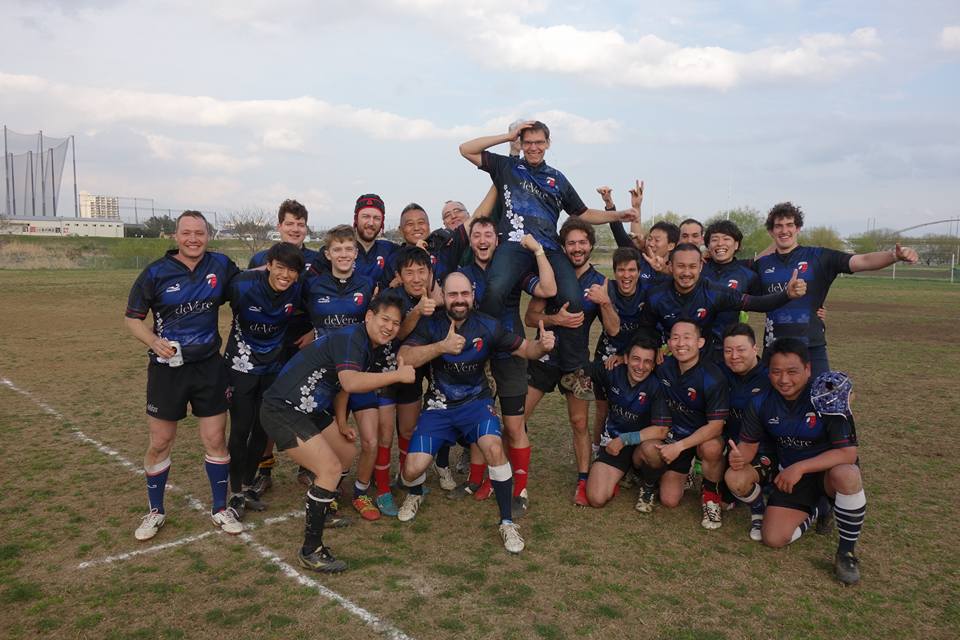 Last Sunday, the victory for the ALL FRANCE was very difficult to get since the moccos led the game until the 41st mns by 31-29 and until this time, each team led alternatively the game. But, with the strong wind in back and a 21 talentuous squad players and  timely management of the substitutes, the AFRC succeeded to score 4 tries during the last 10 mns.

The game was extremely pleasant with good movements among the forwards and excellent initiatives from the backs, The backs showed their speed and good hands in many occasions. Many tries were superbly conducted and built.
But, we missed too many tackles which left the hope to the Moccos to win this game since at half time they were leading by 17-24. As well our line out was deficient, mainly on the 1st jumper, but, Florian, our captain, corrected quickly this problem by deciding to play on the 2nd jumper and Lolo caught the balls easily. A second weak point for the AFRC team was a too late support to the ball carrier when he was tackled, inducing penalties against us for not releasing the ball.

Dan was the man of the game, once again, with, not only 2 tries but also a great agility to go through the opponent players. The coming of Ryo in replacement of Atsushi, in the mid of 2nd half brought also better ball control and panic in the Moccos defense line.

It is important to notice that, Florian, as captain, led particularly well the team. Under his leadership, no one talked, complained or shouted which was excellent to let everyone focus on his game. It was also part of our victory.

After the game, hot wine, prepared by our President (5 liters), was shared between the Moccos and us (see below pictures). Jerome (Le grand) came to attend the game and brought several packs of beers since he is back to France, this week. Please, let me thank him a lot since he was very active, regular and always in good mood with the AFRC. Dear Jerome, you will miss us!

Well done boys, you gave us a lot of pleasure with this flamboyant rugby we like to watch.

(Report by our president Bruno)