Upcoming Game vs Jinja, Thursday training and couple of stats 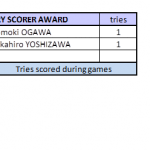 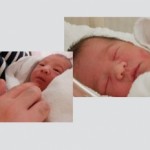 Our next game will be in 10 days (Sunday 4 November) @ Yanokuchi.

Please update your status on DOODLE.

Once again it will be against a top contender (JINJA, Div. 1 runner up the past few seasons).

We knew that playing in Div. 1 would not be easy but our fate is still in our hands to remain in Div. 1 next season and we have shown progress both in games and in trainings.

So we need to keep our heads up, train harder and play an even better rugby than last week-end against Olivers.

The season does not end with the SHUTO League.

Despite the results, the efforts we have put and are putting in training on Thursdays and Sundays (Games and training) have started paying off. We need to keep it that way. Especially since there are a great number of players who are new to the team this season.

Tomorrow training is ON!

– Training sessions start at 7pm until 9pm. If you are a bit late, please try to come even to train for one hour. It will be well worth it.

Of course if your commuting time from work/to your home is too long, then we surely understand but Thursday training sessions are good to practice individual skills and collective drills.

So far we have groups of 15-20 players every Thursday. Dan and I try to keep the players busy with drills and mini-games (tackles included) so you will not get bored and have a good rugby work-out.

So far, 55 players (including high school boys) have come to one of our session (training, Game, Takao san Kick-Off).

There were 13 sessions (3 games, 9 trainings, 1 event) and the average attendance is 17 players/session.

Out of the 55 participants, 12 players played the 3 games of the SHUTO and 12 guys came to 6 training sessions or more.

5 players are currently on the injury list: Jeremie (ACL) and Kazu (rib) with three (Jimmy (finger), Keith (knee) and I (finger)) expected to come back in the upcoming one-two weeks.

Attendance is really good and we would like to keep it that way going forward in the season!

For the newcomers to the team, 2 seasons ago we introduced a couple of individual awards although Rugby is the epitome of collective sport.

Those awards run from Season start until season end. Results and awards are given out at the season end party around June-July. Those are the following:

– IRON MAN AWARD (based on attendance to Games, training and team events (such as team building in Takao-san).

This year, we have modified the allocation of points. 2 points for games, 1 point for training session, 3 pts for team events.

Attendance has been recorded since Kick off at Takao

– Most Valuable Player AWARD (based on votes from board members at games. Most votes get 5 pts, runners up get 2 points)

Here are the interim results so far in the season (as of October 24 i.e. about 2 months after season start).

Although he is currently sidelined and will have to undergo knee surgery sometime in December/January, Jeremie Roumegoux and his wife are happy to announce the birth of Hajime on Oct. 12th.

See you tomorrow at training,